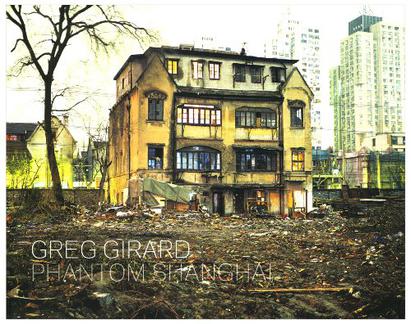 At the time of writing, I freely confess, I know little more about Shanghai than these images. They came upon me, as it were, in the night, unexpectedly. I know, and knew instantly, that I will never forget From the foreword by William Gibson These are photographs of the Shanghai that will not survive the vision the city as for itself. That these homes, shops, lanes and buildings survived as long as they did, and in the way that they did, is by accident rather than design. Whatever the utility of this partial and very subjective record, my intentions, as much as I understand them, have little to do with architecture or preservation. Im not an historian or an architectural photographer. But I do want ot make photographs that show what a place, this place, looks like when its used in this way. Here is Shanghais lived-in-ness, the vanishing evidence of the hard flow of time through this city Greg Girard As Shanghai modernizes, buildings and neighbourhoods that were once preserved by accident are now being purposefully demolished. Since 1998, Greg Girard has been photographing the effect this transformation has had on buildings, shops, homes, neighbourhoods and inhabitants of Chinas largest city. Phantom Shanghai is the result: a spectacular photographic journey through the Shanghai that is unlikely to survive its vision of urban development.