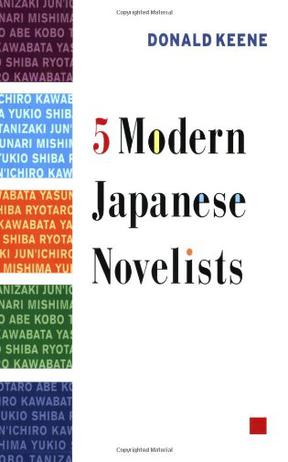 The New Yorker has called Donald Keene "America's preeminent scholar of Japanese literature." Now he presents a new book that serves as both a superb introduction to modern Japanese fiction and a memoir of his own lifelong love affair with Japanese literature and culture. Five Modern Japanese Novelistsprofiles five prominent writers whom Donald Keene knew personally: Tanizaki Jun'ichiro, Kawabata Yasunari, Mishima Yukio, Abe Ko ~ bo ~ , and Shiba Ryo ~ taro ~ . Keene masterfully blends vignettes describing his personal encounters with these famous men with autobiographical observations and his trademark learned literary and cultural analysis. Keene opens with a confession: before arriving in Japan in 1953, despite having taught Japanese for several years at Cambridge, he knew the name of only one living Japanese writer: Tanizaki. Keene's training in classical Japanese literature and fluency in the language proved marvelous preparation, though, for the journey of literary discovery that began with that first trip to Japan, as he came into contact, sometimes quite fortuitously, with the genius of a generation. It is a journey that will fascinate experts and newcomers alike